Andy Summers rose to fame in the early 1980’s as the guitarist of the multi-million record selling rock band – The Police. Summers’ innovative guitar playing created a new paradigm for guitarists in this period and has been widely imitated ever since.

Prior to the Police, Summers played with various bands in the London scene, including Zoot Money, The Animals, Soft Machine, Kevin Coyne and Kevin Ayers.

After the Police’s dramatic exit from the world stage, Summers continued a prolific career as a solo artist, with multiple albums, in many styles (Bossa Nova, Jazz), photographic exhibitions, extensive touring and composing for film (including 2010, Down and Out in Beverly Hill.

Over the years Summers has collaborated with many fellow musicians as well as a number of fellow-guitarists, including Robert Fripp, John Etheridge, Victor Biglione, Benjamin Verdery, Roberto Menescal , Fernanda Takai, Rodrigo Santos and Joa Barone

In 2006 his memoir One Train Later was released to great success and was voted the number one music book of the year in the UK by Mojo Magazine.  The documentary film Can’t Stand Losing You based on the book was produced by the Yari Film Group and was released in North America in 2015 by Cinema Libre Studio. In 2007 /8 the Police reunited for a one of the most successful world tours ever. ( the third highest grossing tour of all time ). In 2009 he made a new film : The Kingdom of Ipanema  about  his collaboration with the Brazillian bossa nova master Roberto Menescal.

Summers has been a dedicated photographer since the early days of The Police, and has published five books of his photographs,  many of which are featured in the film Can’t Stand Losing You. Exhibitions of his photos have taken place across the globe

Andy Summers is in the Rock and Roll Hall of Fame, the Guitar Player Hall of Fame, has the keys to New York City, five Grammys an honorary doctorate and has been awarded the Chevalier De L’Ordre Des Arts et Des Lettres by the government of France. 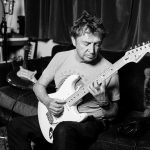 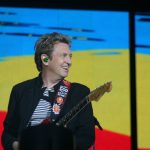 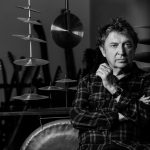