Renowned today as a pioneer in electronic music, Vangelis, without formal training, began playing piano at the age of four and by age six was giving public performances of his own compositions — his natural gift coming from a place he calls memory — a place he says we can all tap into if we can only remember.

In addition to his Oscar, Vangelis has received an Echo, Golden Lion, Max Steiner, IFPI  and other awards throughout his career, while France has bestowed upon him their most prestigious titles: Chevalier de l’ Ordre des Arts et des Lettres and Chevalier de la Légion d’ Honneur and NASA has presented him with their Public Service Medal. Also, the International Astronomical Union’s Minor Planet Center at the Smithsonian Astrophysical Observatory named a small planet Vangelis in his honour, due to the international impact and appreciation of his work as well as his rapport with the Universe.

The same lifelong devotion and dedication Vangelis has for his music has always been as evident in his visual art.  But it was not until recently that he consented to having it shown to the public.  He has now had ten major exhibitions of his paintings in leading art museums around the world.

To Vangelis, music and art are sacred, basic forces of the universe, their purpose to elevate, inspire and to heal human kind.  This is Vangelis’ mission, this and his desire to awaken in all of us, perhaps, that place called memory. 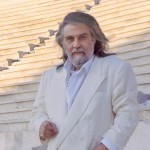 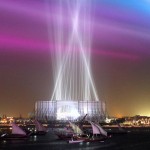 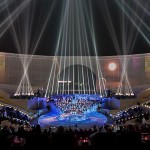 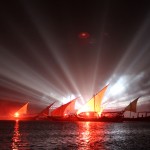 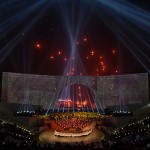